Bank of Beirut in the heart of civilizations! 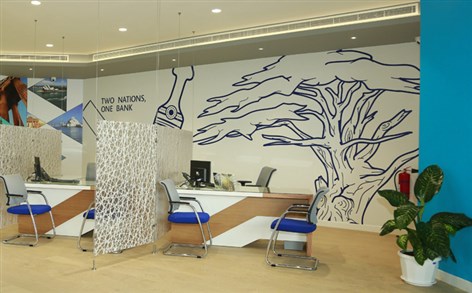 Persistence and ambition are the weapon that pushed Bank of Beirut beyond many limits, allowing it to go farther and further, reflecting in all its endeavors and setting the path to its expansion journey ever since the beginning. With this in mind, Bank of Beirut has penetrated 4 continents and a number of countries through different subsidiaries; In 2006, the Bank recorded a new milestone with the Central Bank of Oman license to operate in the Sultanate.

In light of the Bank’s commitment to expanding and serving local citizens in the region and the Lebanese and Arab population established there, a first branch was opened in Muscat with a capital of 26 million dollars.

Following several successes, the Bank counts to date 4 branches in Oman namely, Shatti el Qurum, Sohar, the Wave and Al Ghobra that was established as the head office in 2012, in order to offer the best services and facilities to its customers.